I recently attended a reunion to celebrate 20 years since graduating from the Berlage Institute Amsterdam. This first ever BIAM, or ‘Berlage Institute Amsterdam Meeting’, was organized entirely by alumni, namely Patrick Longchamp, Jan Kroes, and Don Murphy, making this an entirely unofficial and informal ‘bottom-up’ event. The agenda consisted of a morning canal cruise, lunch, an afternoon conference of brief presentations by alumni, and dinner at a nice restaurant.

Normally, I dread going to anything even remotely resembling a reunion or homecoming event. Yet, this was a reunion I was really looking forward to, for some odd reason. Am I getting old and soft? No, the reason is quite simple: we were the recipients of a rather unusual education at the Berlage Institute, which, in the early 1990s, was a new school recently founded by the charismatic Herman Hertzberger. Best-known for designing a series of Montessori schools in the Netherlands, Hertzberger applied a similar pedagogy toward postgraduate architectural education at this institution, which was then housed in Aldo van Eyck’s famous orphanage building. It was a pedagogical experiment, the slogan of which was: “we want to learn without being taught”. And that was exactly what happened. We were assigned large and difficult projects, and then left largely to our own devices. No hand-holding; no “doing as the master does”. To confuse us even more, Hertzberger would invite guest lecturers and guest critics he only half-jokingly referred to as “my enemies”. His “friends” also showed up, of course, meaning that altogether, we “participants” (not students: we were participants in an experiment) were exposed to the entire spectrum of architectural philosophies, methodologies and ideas, and it was up to us to decide where, exactly, to position ourselves within this universe. This was not a school with a house style.

As can be expected with so many different ideas being presented, the Berlage turned out to be a place of intense debates, which was precisely what made this place so stimulating. Since there was no official or politically correct ideology, we participants, who came from all over the world, took different standpoints and debated intensely too; all in the most constructive spirit.

In retrospect, what the Berlage Institute has taught me –or to put it better: what it provoked me to learn on my own– is that the fellow participants working away in the same studio space, each from different countries and backgrounds, and each defending different notions of what architecture is, can be, and should become, were also some of my most memorable ‘teachers’. When you self-learn together, you inevitably learn from each other. Of course, the lessons of professors Herman Hertzberger, Ken Frampton, Elia Zenghelis, Luis Fernández Galiano, Roemer van Toorn, Vedran Mimica, Wiel Arets et al left their impressions too, as their task was mainly to provoke and to stimulate debate amongst us. The profs were provocateurs, but it was chiefly we participants who made the Berlage Institute the place it ultimately became. That class spirit endures to this day, which explains why the first BIAM was attended by several alumni from as far away as Japan.

The resulting product of this pedagogical experiment 20 years after is as wide ranging as our standpoints were in our participant days; definitive proof that we did not graduate from one of those schools that stamps out clones. The BIAM presentations ran the gamut. Some, such as Irene Curulli, went on to complete a Ph.D. and become academic researchers, while others have become ‘social architecture’ practitioners, helping plan and build shelters for refugees in zones of war or natural disaster, as in the case of Antonella Vitale, or simply helping ordinary people renovate their homes, as in the case of Roland King, or building ecological homes, as in the case of Anna Webjörn. Others, such as Lada Hrsak, are leading more experimental practices focussed on conceptual work, combining practice with teaching. And then, of course, there are those architects such as Tim Denninger, Patrick Longchamp, Sara Carbonera, Peter Tansey, Vasa Perovic, Don Murphy, and Kaoru Suehiro, to name only a handful, who went on to become founding partners of competition-winning firms that have gained significant peer recognition for the quality of their built work. Others, such as Jan Kroes, Tomoyuki Haramura, and Pero Puljiz, are associates or partners in larger firms responsible for overseeing major public building projects. Finally, there are those whose work does not focus primarily on practice, but who live mainly from teaching, as is the case with Holger Gladys and yours truly.

Overall, we have not strayed terribly far from what we were doing in school twenty years ago, and we still passionately believe that what we’re doing is helping to make the world just a little bit better, one project at a time. In the end, that’s what any respectable architecture is essentially about, isn’t it? 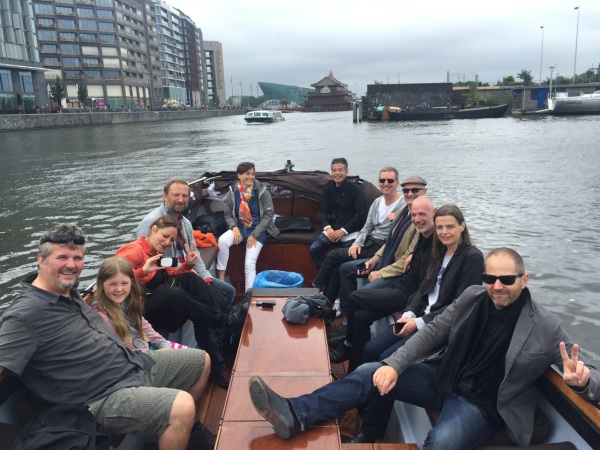 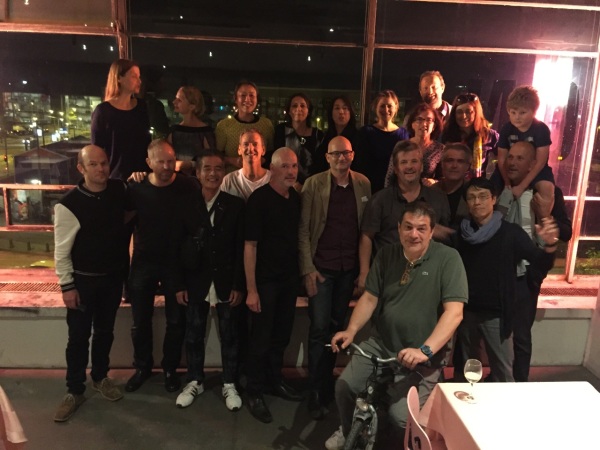