Skip to content
It is known that Gaudí preferred modelling architecture over drawing it; especially models made of chains hung from a ceiling, or strings with small weights attached. Through experimentation with such models, he discovered a way to use traditional Catalan masonry techniques in new, more complex ways. A chain suspended simply from both its ends results in a catenary curve that naturally distributes the static load — in this case tension — evenly between the links of the chain. When this shape is flipped vertically and the materials become brick or stone, then the static load — now compressive — is similarly evenly distributed, resulting in an optimally efficient arch. This was already known for centuries. What Gaudí did was to apply this tension-compression analogy to chains hanging from chains (or arches superimposed on arches) asymmetrically, permitting him to design a much more fluid architecture.
Gaudí made the models of his buildings upside-down, then, using mirrors on the floor, visualized his designs downside-up. He also took photographs of these “wire-frame” models of sorts and “filled” them in with color to generate “solid model renderings”, so to speak. All this has been well-documented in publications and exhibitions.
What is interesting is how, in the process, Gaudí effectively invented a kind of “parametric” design process long before the invention of the computer (let alone the development of software such as Maya or the Grasshopper plug-in for Rhino). One feature of so-called parametric design software is that it updates a complete three-dimensional digital model of a building every time any parameters are altered, allowing alternatives to be studied and compared in the search for a design that performs optimally (although to many architects who use this software it seems that the most important parameter is aesthetic form). Gaudí’s hanging chains do exactly that: if a chain end-point is moved so as to enlarge or reduce, say, the floor plan in one corner, then the shape of the entire hanging chain model shifts and settles into a newly optimized catenary geometry. Of course, parametric design software does a great deal more, but at their conceptual root both of these modeling tools — one physical and the other digital — are analogous.
Makes you wonder what Gaudí might have accomplished if he had had a computer. Or conversely, how Gaudí accomplished as much as he did without one. 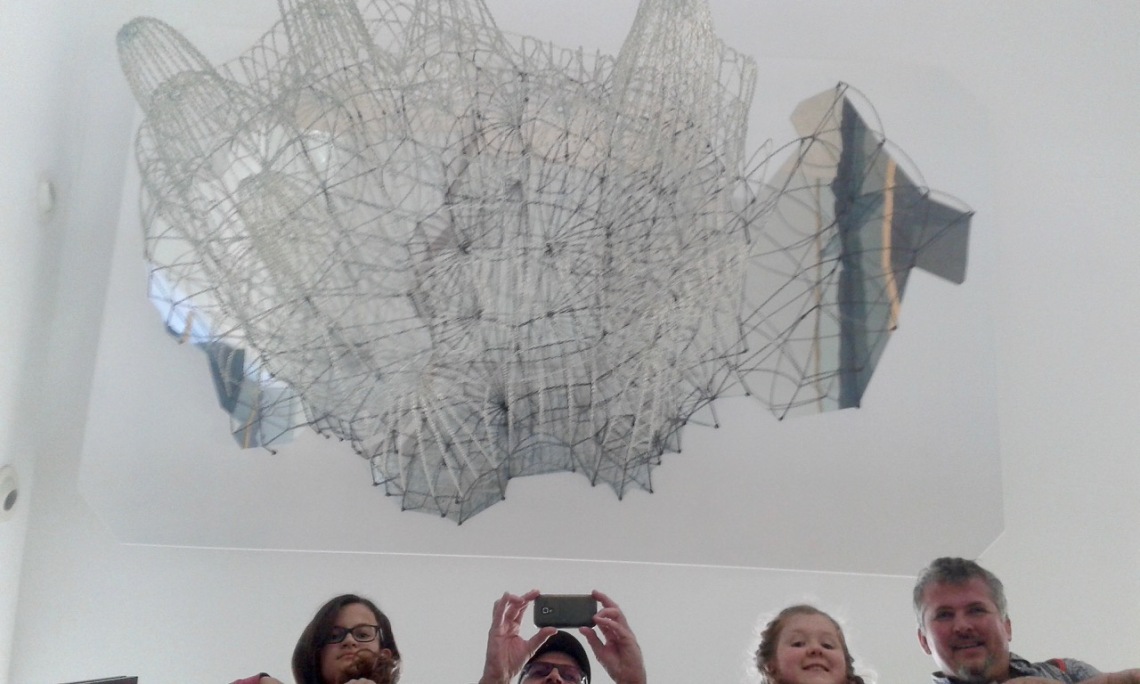